Slot players have been spoiled in September as some of the biggest gaming developers in the industry have released new games. Play N Go is the latest developer that will launch a new slot game this month.

Play N Go confirmed that its Feline Fury slot will be made available at online casinos from Sep 24. 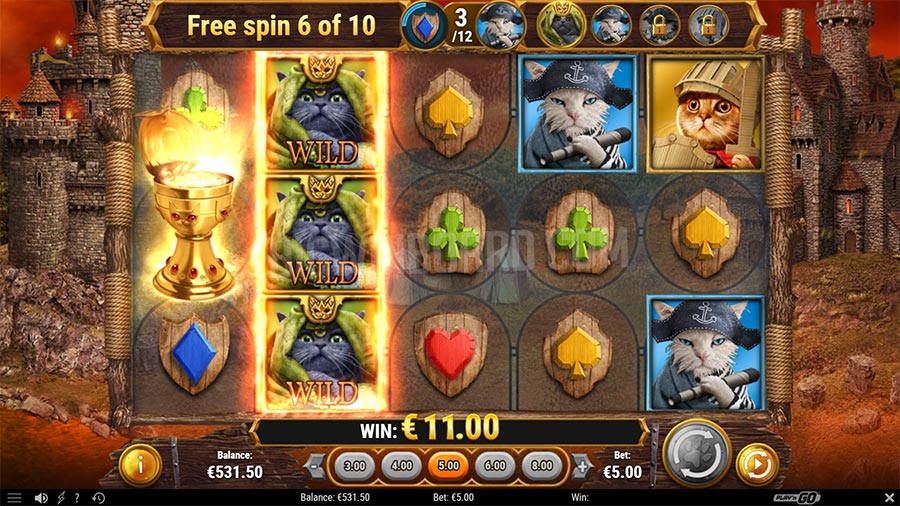 Players will be taken back to medieval times in this video slot game. Play N Go decided to be adventurous with the theme which sees two castles that are ruled by cats go to war. There is no clear reason as to why both castles are at war but the battle between the cats turn out to be very fierce from start to finish.

There are 4 feline symbols in this game and all four symbols will be in medieval clothes. The feline creatures in their costumes brings humour to the game but the serious medieval background music lets you know that feline creatures are not playing around.

If you like slots from Play N Go, go ahead and give Feline Fury a few spins.