DragonGaming is one of the new gaming developers that is looking to make inroads in to the ever growing online slot gaming market. The latest slot is called Empire of Riches and takes players to an East Asian themed empire to see if they can up their stakes and get big payouts.

When players start this game up, the theme becomes pretty obvious. Chinese-style decorations are all over the place and the background music leaves you no doubt of the Asian influence. Players will see red houses on mountainsides and a river flowing in the back. The graphics are superb, with red and gold being a primary color style. DragonGaming prides themselves on developing high quality slot games and Empire of Riches certainly does this tagline justice. 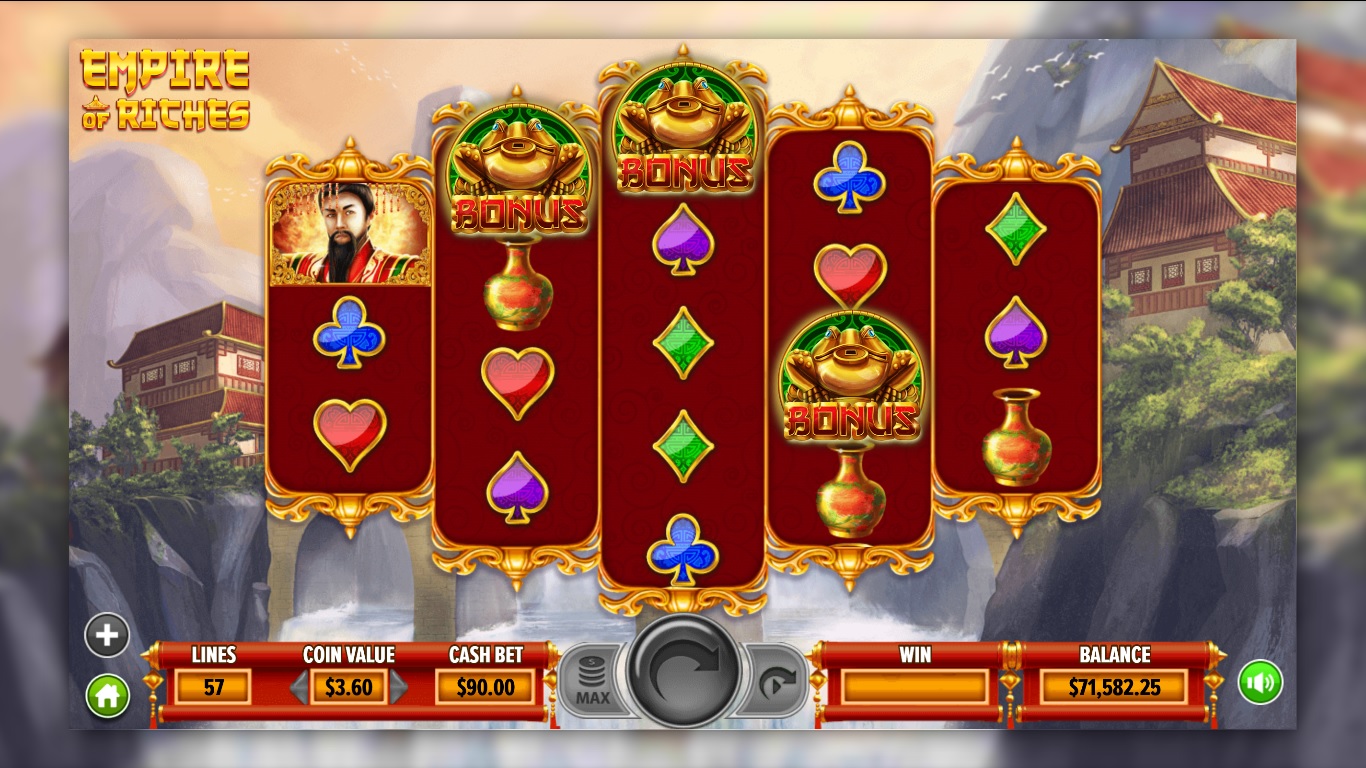 Players will get to play on a five-reel grid. The rows are not standard and are set in a 3-4-5-4-3 pattern. The symbols featured on the grid are mostly thematic and include the emperor and the empress. Unfortunately, the game messes with the theme by adding card suits in different symbols. These are low-value symbols and reward only up to 70x a player’s stake if they get five on a payline.

The game has around 57 fixed paylines. Players are allowed to bet up from $0.25 and go all the way up to $250. This allows for both low stakes and high stakes players to enjoy Empire of Riches. The Emperor and the Empress are the most valuable symbols and pay out 150x. This game currently has an RTP of 95.4 percent.

Players who are looking for loads of special features in Empire of Riches will be a tad disappointed with this game. This slot does not have a wild symbol so players will need to make their winning combinations the hard way. What it does have is a Scatter symbol which comes in the form of a lucky golden frog. 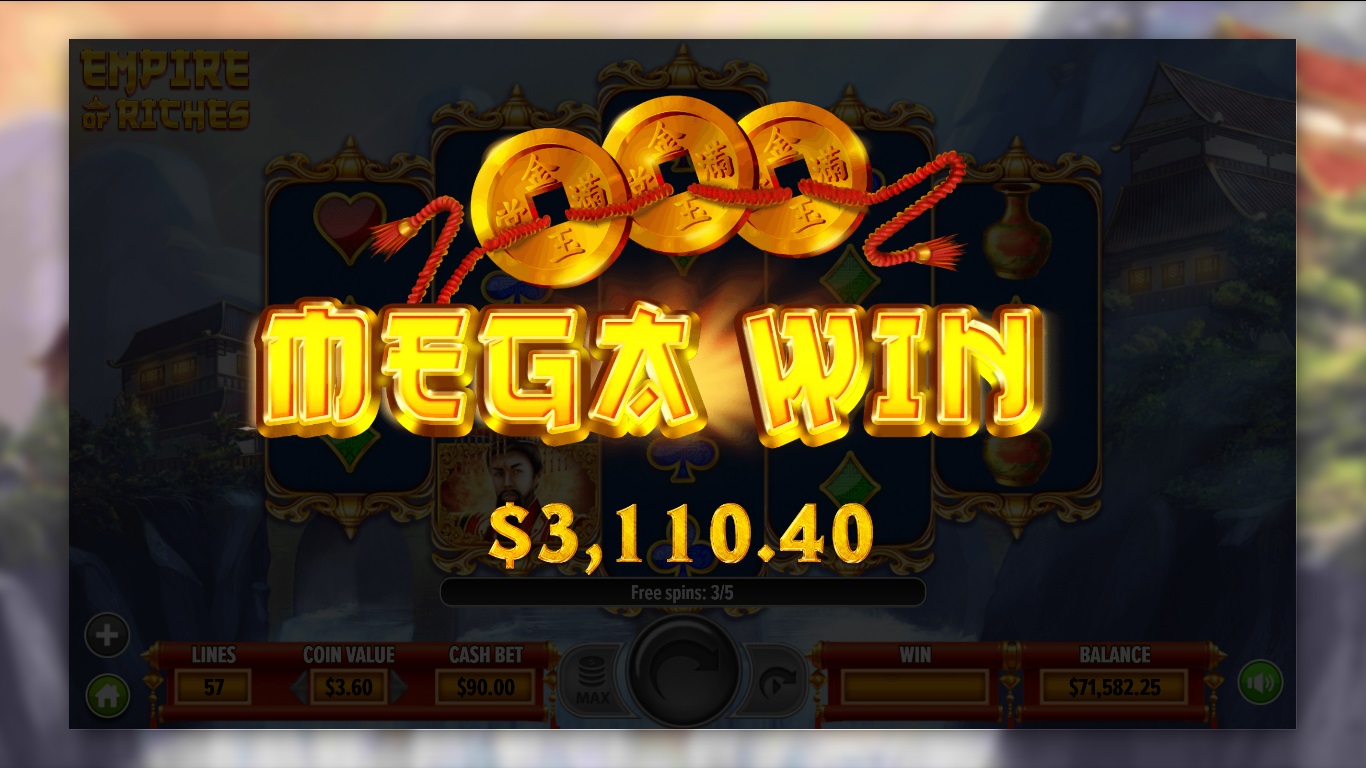 The game does have two special features. One is the respin feature. Players who score a winning combination will get another spin. As long as they keep winning, they will be able to keep spinning for more wins. The second special feature is the standard free spins feature. Players need to score three golden frogs to get five free spins with both the respin feature and a multiplier active that can pay out 10x.

DragonGaming has a total of 15 slots in its gaming portfolio and Empire of Riches is definitely one that you should spin.